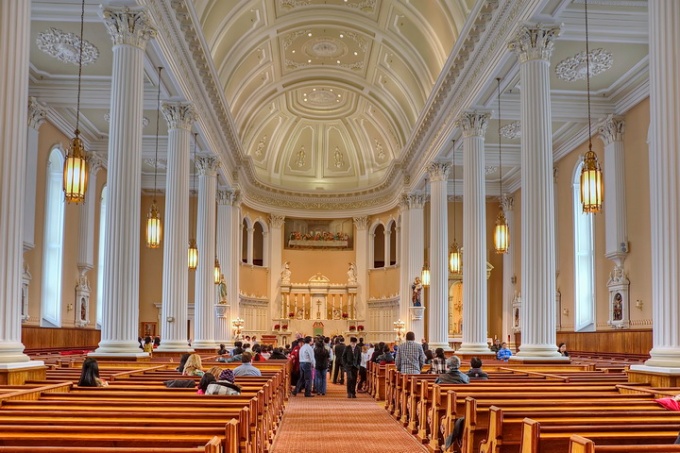 Father Barnett is a fiction character in my in-process novel – Peter’s Vision. It’s a mystery but my intention is to populate it with a some interesting, true to life, characters. Father Barnett is one such. Let me introduce you to him in the following words.

We were gathered in the sitting room at the Residence of the Bishop. Father Barnett appeared at the door. In a loud voice, he greeted us “Good Afternoon everyone.” It wasn’t so much a loud voice as a big one. And it went with the rest of him. A big man at six four, and 260 pounds he filled the doorway.

On his oblong face, wire glasses sat partly down his nose. With sort of buzz cut; the rumor was that he cut it himself; a short half-inch chin beard matched the length of his hair. A black suit that ill-fitted him went with the look. In a strange way, it was almost stylish.

Smiling, he walked over, flat-footed, feet splayed. As kids we called it duck-footed. But that’s not appropriate in today’s world. He stuck his big hand out, shaking my hand.

“Doctor Carpenter”, he greeted, “so good to see you again.”

I smiled back, let him take my hand in his larger one, and nodded my greeting. I didn’t stand.

He turned to the Bishop and his large rear filled my vision. At close range it seemed even large for him. A light went on inside my head. No wonder, I thought, the staff refers to him as “B.B” Barnett behind his back. “BB” refers to “Big Butt”, not the initials for his name; my smile was now sincere.

Father “BB” Barnett was late turned to the ministry. Until age 48 he was in car sales, and as manager of the largest used car lot in the City was at the apex of his career. A lifelong Roman Catholic, and a product of parochial schools, it was at this late point he “heard the call” for Priests and responded. Now ten years later he served as Director of Personnel for the Diocese.

Despite Ordination, he retained much of the personality that made him successful in the used car business. A smiling, slap you on the back type of guy, he could convince you that the “piece of junk” with four tires in front of you was an absolute deluxe chariot that was too good of a deal to miss. It served him well in the present day Church where parishes closed due to decreasing membership and priests reassigned to account for their declining numbers.